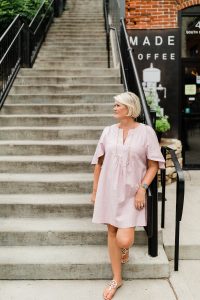 Past data showed that millennials were buying homes at a much lesser rate than the previous generations before them. There were a lot of socioeconomic reasons why this made sense, such as the challenges with the current job market, the lasting impact of the 2008 housing crash, and the amount of student loan debt that the millennial generation found themselves carrying into adulthood.

It is not that millennials did not want to buy homes, but that they were scared to get into even more debt, and that they simply could not afford it. Millennials saw how their parents struggled during the housing crisis of 2008 and grew up scared of the same thing happening to them. It is also understandable that with a crippling amount of student loan debt, millennials were not lining up to finance homes.

However, in recent years things have changed. This year millennials are predicted to be buying real estate at higher rates than ever before. One huge change in the world that is shaping how millennials see their future is the global pandemic. Previously millennials preferred to live in cities and appreciated the freedom that rental properties gave to change location on a whim, but with huge lockdowns throughout all cities across the world, the prospect of homeownership seems a lot more appealing to some.

Millennials Buying More Real Estate Than Ever Before

This year, millennials are set to be buying more homes than any other demographic, at a reported 38 percent. This percentage is mostly made up of older millennials, but younger millennials account for 13% as they buy their first homes. Experts are predicting that homeownership by millennials will increase even further in the next 12 months.

Younger millennials and even the oldest Gen Zs who are entering the housing market will be hit the hardest by interest rates which are predicted to rise next year due to the global financial crisis caused by the pandemic. This is because younger millennials are less likely to have the cash to put down for a down payment due to the current job crisis that is also challenging the nation.

When a housing boom or shift in the market occurs the effects are great. It spreads out throughout the entire economy in a ripple effect. After the second world war, the government was faced with the challenge of housing the soldiers coming back from the war and their solution was to implement the Veterans Emergency Housing Program. Not only did this prevent another economic collapse like the great depression, but the program incentivized the building of millions of new homes some of which are still viable pieces of real estate to this day. The program not only solved the housing crisis, but it stabilized the economy as a whole.

How does a boom in new homeowners boost the economy as a whole? One reason is that because the new homes were in suburban areas, more homeowners needed cars to get to the city for work. This caused a boom in the car markets as well. It is safe to say that a similar boom in car-buying could occur as millennials move from the city to the suburbs. As far as retail goes, new homes need to be furnished with new furniture, kitchen appliances, and other home goods. This means more money in multiple industries leading to more jobs and greater economic stability overall.

There are many similarities between the current state of the market and what has happened in the past during periods of war and pandemics. Hopefully, the shift in the housing market and the rise of new homeowners in the younger generations will work to stimulate the economy and lead to faster recovery from the effects of the pandemic. If you are ready to purchase a home contact Wendy Gimpel, an experienced real estate professional who is dedicated to providing the best service in your home buying journey!

PrevPreviousDon’t Do This! (Before Buying a Home)
NextAvoid These Costly Mistakes When Buying a HomeNext
So happy for my clients! What a view! What a prope

No one is an expert at something the first time th

An important reminder for anyone.

Happy Thanksgiving! What are you thankful for toda

We are so grateful for our clients who, time and t

Starting with a little holiday decorating. I promi

Getting ready to host, family, and friends. There

Only the best – for the best. I love the clients

I love my hometown Cub so much. I have to go back 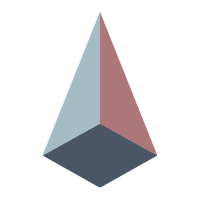